It is a matter of great honour for me to be present on this historic occasion of the foundation stone laying ceremony of Sindh High Court's Larkana Bench.

The structure of this Bench will be built brick by brick and stone by stone, after arduous efforts just as the edifice of justice is constructed in the soil of faith with the efforts of the fraternity who are the guarantors of our liberties.Turning back the leaves of our history, I see a great lawyer, whose lean structure belied his unshakable strength, armed with the corpus of law.He led the movement for Pakistan's birth which was essentially legal and constitutional.His absolute faith in the supremacy of law was amply rewarded with the birth of Pakistan.

Such was the founder of our great nation.

Nostalgia compels me to retreat to another shining moment of our past.

I see another great man of law who cherishes the dream of Quaid- e-Azam's Pakistan, who speaks of the seemingly endless poverty of his compatriots, who resolves to defy and defeat the forces of darkness.

Yes, I refer to the son of this very soil where we all gather today to lay the foundation of yet another beacon of hope and justice.

I am proud to claim the legacy of such great pioneers, the creators and builders of this homeland of ours.

It is a tribute to the wisdom of the founding fathers of ours. Constitution that friends and foes alike seek its shelter of comfort. It is an oasis for the rich and the poor alike.

The people of Pakistan do not take liberty for granted. They cannot afford to. They have been denied this inherent right during many dark years of tyranny. Today the remnants of tyrants have been compelled to disown the legacy of tyranny to try on the garb of democracy, attire they seem unfit for.

Having been a witness as well as victim of the most brutal dictatorship of our history, it gives me immense pleasure to say that the return of a truly representative government vindicates the sacrifices of all those who spearheaded the struggle for the restoration of democracy.

While that dictatorship was the darkest night of our history, struggle for democracy was our 'finest hour'. I take this opportunity to once again salute those members of the legal fraternity who defied all the odds and re-kindled the flame of liberty at the very moment when it was sought to be extinguished. This nation is indebted forever for your sacrifice.

We have so far reached half-way to the Promised Land. Having successfully dismantled totalitarianism now is the moment to rebuild our society which was torn apart by the forces of fanaticism. Your contribution will be as much desirable and worthy in building this nation as it was in dismantling the dictatorship.

In my perception, law and morality are interchangeable. If there is gap between existing legal provisions and norms of morality, we must make efforts to bridge that gap.

Laws owe their legitimacy not to the will of the omnipotent sovereign but to the acceptability of the populace. I share Dworkin's view that "the government will not re-establish respect for law without giving the law some claim to respect".

It gives me enormous pride to observe that once again we have a truly independent judiciary which jealously safeguards the liberties and rights of our citizens.

It is the rule of law which gives meaning and content to fundamental rights and liberties. The concept of justice, liberty and equality was first enunciated by Islam.

The Constitution of Pakistan which is based on the tenets of Islam provides that "to enjoy the protection of law and to be treated in accordance with law is the inalienable right of every citizen."

However, I am compelled to say that we still have a long way to go. Our society is still laden with class structure where human life is measured not by an individual's worth but by his ancestral links and his social position which may be totally unrelated to his merits.

The gap between affluence and poverty is far too wide to accord us reason for comfort.

There is need to eradicate inequalities in different groups in our society. The existing inequalities in these groups cry for a new equilibrium so that a more balanced social structure can replace the discredited strata. Law may derive its paternity from antiquity but it must not enslave itself to the dead hand of past.

Law cannot change everything but it must change what it can.

Status quo must not be regarded by law as a state sanctified by nature.

We live in a global village of instant communication and only an enlightened citizenry can actively participate in its affairs.

Our laws must, therefore, cater for the needs of tomorrow. As a great English lawyer Lord Kilmuir said, "A law is not to be compared to a venerable antique, to be taken down, dusted, admired and put back on the shelf. Rather, it is like an old and vigorous tree, firmly rooted in history, but still putting out new shoots, taking new grafts and from time to time dropping dead wood. Law is not an end in itself. It is a means whereby the state can develop and regulate in an orderly and just manner the social system which it desires."

The rule of law derives its augustness and its powers from its mission to lift human beings to its own nobility.

When the rule of law breaks down, the judiciary must also share the responsibility. Unless the judiciary puts criminals behind bars, criminals will hold our people hostage.

Many law enforcing officials have been killed by gangsters on bail. The case of MajorSa i is o«e recent example.

The frustration of our people at the inability of courts to give deterrent punishment is rising i here are calls for imposing Article 247. The courts must defend their rights by meeting the expectations of the people. As far as Customs and Banking Tribunals are concerned their rate of return is also low. We all need to improve our performance. We as a Government are determined to do so. We have uncovered the yellow taxi scam, the Hudaibiyah Engineering fraud involving one billion rupees and arrested corrupt officials owning several palatial homes which they could not explain aside from the Banking case where crores went to rig the Election of 1990.

The essence of democracy lies in its plurality. We wish to leave a legacy of strong and stable democratic institutions. We encourage the opposition to actively participate in nourishing this culture. At the same time, we cannot permit any one to destroy these institutions. Once upon a time the command of a dictator was the law of the land.

That era is past.

The rule of law and its supremacy cannot be challenged through thuggery and violence. It shall be protected by all lawful means. No democrat can seek to physically assault the elected President and Prime Minister of the land. Those who seek to do so are the enemies of democracy and the nation. Violence, thuggery, hooliganism will be met with the iron hands of law. We are always willing to resolve political differences through dialogue but the sanctity of democratic institutions is not up for concessions. No one, however powerful or wealthy or well-connected he may be is above the law. Any attempt to claim immunity from the processes of law by any quarter is doomed to frustration. Anyone found guilty must be prepared to face the consequences as prescribed by the law. We shall neither be deterred nor harassed to make concessions on this. Our humility and magnanimity must not be mistaken for weakness. We are resolute in our determination to uphold the supremacy of law.

The Bar too has a vital role to play in strengthening the democratic institutions and protection of liberties of the people and thereby ensuring the rule of law. It is also the breeding ground for many a great legal jurists. It reminds me of America's Justice Abe Forta's warning that 'good men make poor law work better. Poor men will wreak havoc with good laws.' I take comfort in saying that we have quite a few good men.

The Bar is, therefore, an important force in our social fabric. The sensitivity of its position makes it imperative that its deliberations be marked by a sense of discerning objectivity. We expect lawyers to remain true to the call and conscience of main profession. To enhance the dignity of the judiciary, not scale its contempt. We expect lawyers to think of their clientele, the people of Pakistan, and what is for their convenience.

So far as your problems are concerned, I fully appreciate the limitations within which you find yourself compelled to operate. Since most of them are concerned with the Provincial Government, I would recommend the Chief Minister of Sindh to give a sympathetic consideration to your demands and try to solve your problems.

Today is a great day for us all. The Awami Government has fulfilled its pledge to the people of Pakistan in requesting the Chief Justice to have a High Court Bench in the shadow of Moenjodaro in the heart of the Indus Valley Civilization.

Despite financial constraints, the Federal Government made a generous contribution to enable this High Court Building to be constructed. Larkana District and Division is marked with many milestones. I am here this mort ling to continue the traditions set by my grandfather, Sir Shah Nawaz Bhutto and my father Quaid-e-Awam Zulfikar Ali Bhutto to serve our people, particularly the weak, the dispossessed and the discriminated.

For generations our voice has been the voice of the downtrodden in keeping with Islamic traditions and values.

Values and traditions which teach us to strive for equality, to eradicate poverty, to fight for justice, to uphold the truth and uphold the law, to bring a smile to those who have known misery, to bring hope to the youth, without hope, to bring dignity to our mothers and daughters and to fight relentlessly, without fear, for our convictions, even at the cost of our life.

The Pakistan People's Party to which I proudly belong believes in freedom-Freedom of a people. Freedom of the press. Freedom of expression, Freedom of movement, Freedom to associate.

The most wonderful word in the world is freedom.

Without freedom there cannot be progress or prosperity.

Freedom is the key to our salvation.

Freedom will bring economic progress, electricity to our villages, gas to our homes, and water to our children.

Freedom is the station from where we start our journey to economic deliverance.

No journey is easy. but no goal unattainable for those who have the will and the vision, the determination and the strength to face all obstacles and overcome them. 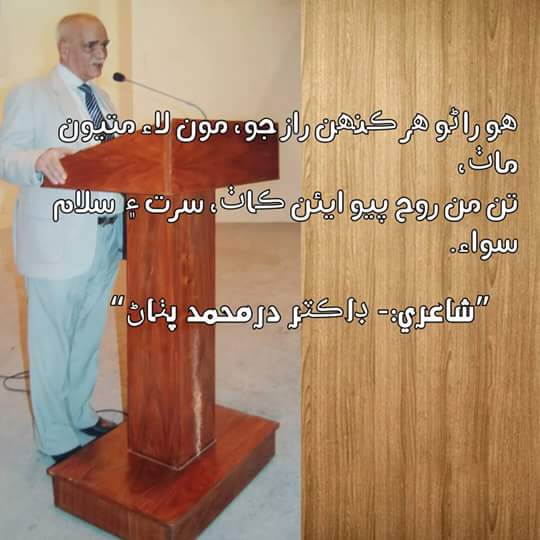 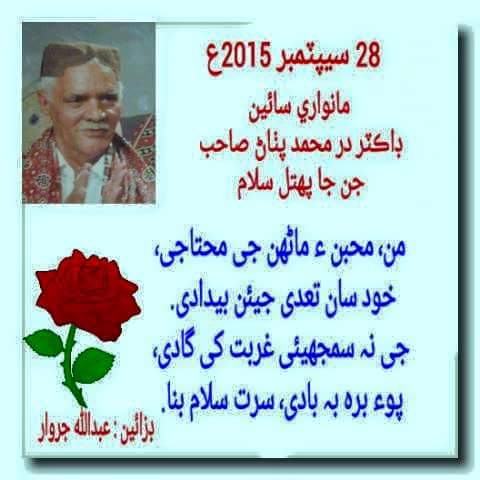 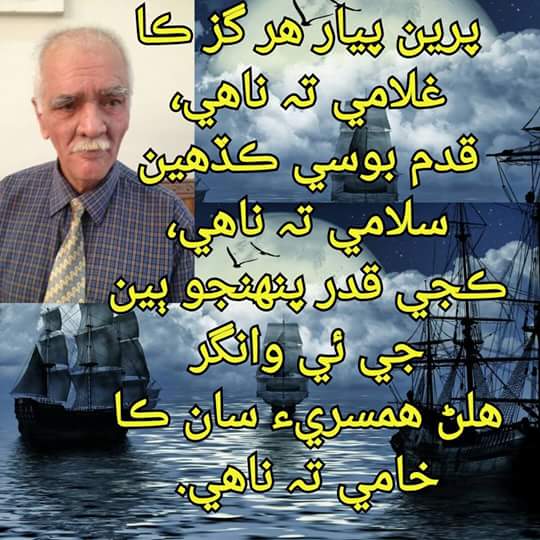