SINDH VISITED BY LEADERS AS RECORDED AND NOTED IN GOVERNMENT RECORDS.   (1937 AND ONWARD)

Khan Abdul Khan arrived in Karachi on the 22nd August 1937, and left abruptly for Shikarpur  en route to Peshawar on the evening of 23rd in consequence of telegraphic summons received from his brother. A procession of three-thousand volunteers of the Anjuman-e - Afghan Sarhad and Khaksar Corps was ready to escort him, but he preferred to travel by motor car to the local Congress headquarters where he hoisted the Congress Flag In the afternoon, he attended the Karachi Abadgar (Cultivators) Conference, where nineteen resolutions of an agricultural nature were moved. In the evening, he attended a public meeting (attendance eight thousand) where he criticised British Rules as being responsible forcommunal differences. The morning 23rd was largely taken up with interviewing leading local Congress men and others , including Mahomed Hashim Gazdar of the Sind United Party and Sheikh Abdul Majid, Parliamentary Secretary to the Chief Minister. He also addressed about five hundred students of the Dayaram jethmal Sind College, under the Presidentship of  the Principal, when he told them that freedom was not far off if students would preach the lesson of freedom in the villages. He also addressed a meetin of the Anjuman-e Afghan at Kiamari but refused to accept a casket of Rs 150, and then proceeded to the Ladies Industrial Club where he advised Amil ladies to propagate the Congress creed. The last function was a public meeting of about one thousand five hundred persons where he advocated Hindu-Meslem Unity. [Source No. P-25-h(s)/37, Home Department (Special), Sind Secretariat, Karachi, 19th May 1937 Fortnightly report for the first half on May 1937].

Khan Abdul Ghafar Khan visited Hyderabad on the 3rd October and made speeches more or less anti-British in tone at the various functions organized by the Congress in honour of his visit. He blamed the British for the British for the attack at Usta on Dr. Choithram P. Gidwani and Mahomed Amin Khoso, for the communal feeling in India and for the dacoities and kidnapping of women and children on the frontier. He remarked that Indians numbered thirty-five crores, yet the British would have had a harder task to perform if thirty-five crores of donkeys instead of human beings had had to be controlled. The Khan left Hyderabad en route to Wardha the same evening. [Source No. P-25-h(s)/37, Home Department (Special), Sind Secretariat, Karachi, 17th October 1939 Fortnightly report for the First half of October 1939].

Mr. Desai paid a visit to the Province in connection with the above Conference and during his stay of six day he visited Mirpurkhas, Hyderabad. Kotri, Sukkur, Chak, Shikarpur,Jacobabad,Rohri,Lankana, Mohen-jo-daro and Karachi. He was accorded an enthusiastic reception by the congress wherever he went and the Municipalties of Mirpurkhas, Kotri, Shikarpur, Rohri and Lankana presented him with addresses of welcome. He attended a large number of public functions and meetings, including one at the local College, at which the audiences varied from four hundred to two thousand. In his speeches he emphasised the necessity for having one language throughout India and he condemned Communalism and Federation. [Source No. P-25-h(s)/37, Home Department (Special), Sind Secretariat, Karachi, 19th May 1937 Fortnightly report for the first half on May 1937].

Mr. and Mrs. Munshi arrived at Karachi on the 29th December 1937 in connection with the Gujrati Literary Conference. On arrived they were met by the local congress and during their stay here attended several public functions at which the attendance varied from eighty to two thousand. Mr. Munshi was presented with a civic address by the Karachi Municipal Corporation. In the course of his speeches Mr. Munshi stressed the necessity for making Hindi the lingua - franca for India and urged the people of Sind to popularies Hindi in their province and to enter the congress fold. He advocated the formation of a congress ministry in Sind and was confident that such a ministry could be established in the future. [SourceNo. P-25-h(s)/37, Home Department (Special), Sind Secretariat, Karachi, 19th May 1937 Fortnightly report for the first half on May 1937].

The fortnight was comparatively quiet except for the visit of Mr. Subhas Chandra Bose, President of the Indian National Congress. He arrived at Karachi by air on the 3rd December and left on the 7th December. During his short stay he toured for 2 days in the interior of Sind. Rousing receptions were accorded to him at all the places, and at Karachi he addressed a large gathering of about 10,000 persons and also received a civic address form the Karachi Municipal Corporation. [SourceNo. P-25-h(s)/38, Home Department (Special), Sind Secretariat, Karachi, 16th December 1938 Fortnightly report for the First half of December 1938].

1. Karachi was the scene of great political activity during the fortnight. The vivit of Mr.Vallabhbhai Patel and Mr. Kirpalani on the 23rd August, and of Moulana Abdul Kalam Azad of the 26th August in response to the invitation of the Congress Party caused  great flutter in the Congress circles. A warm reception was accorded to them and several meeting were organised in their honour. The Karachi Municipal Corporation presented an address of welcome to them on the 27thAugust. [Source No. P-25-h(s)/37, Home Department (Special), Sind Secretariat, Karachi, 2nd September 1938 Fortnightly report for the Second half of August 1938].

2. During his stay, Mr. Vallabhbhai Patel had prolonged conversations with the local Congressmen and leaders of all the groups in the Provincial Assembly, including the Chief Minister and the Minister, Public Works Department, over the political situation. Moulana Abdul Kalam Azad also held  discussions with some of the prominent Congressmen and other members of the Assembly, but no final conclusions were reached on the assessment question, and other issues raised by the Congress Party. Before their departure on the 29th August, Mr. Vallabhbhai Patel and Moulana Abdul Kalam Azad issued a joint statement which has appeared in the press. All eyes are-now turned to Shegaon, where Mr. Vallabhbhai Patel and Moulana Abdul Kalam Azad have gone to consult Mr. Gandhi. The situation remains unchanged, but it is expected that the decision of the All-India Congress Parliamentary Board will clarity it within the next few days. [Source No. P-25-h(s)/37, Home Department (Special), Sind Secretariat, Karachi, 2nd September 1938 Fortnightly report for the Second half of August 1938].

Another notable visitor to Sind during the fortnight was Mr. Madansingh Malsingh, an extremist of the Punjab, who was invited to Karachi by the Sikhs in connection with the Akal Bunga disputr, reference to in my letter of the 19th July. Mr. Madansingh addressed two meetings on the 25th and 26th August, urging the Sikhs of Karachi to resist any attempt to make a road through the Akal Bunga and promising them the support of the Sikha of the Punjab. [Source No. P-25-h(s)/37, Home Department (Special), Sind Secretariat, Karachi, 2nd September 1938 Fortnightly report for the Second half of August 1938].

Mr. Asaf Ali, M.L.A. (Central) of Delhi, in reply to an address given to him by the Karachi Municipal Corporation, said that the freedom of the country was the most important problem which faced them, and the appealed to his audience to fight for it. In an interview with local journalist, he expressed the view that if England did not concede the demands of India, the Congress knew how to deal with the situation. He added that there were many princes who were willing to become constitutional rulers, but that the British power did not like to lose its hold on India. [Source No. P-25-h(s)/37, Home Department (Special), Sind Secretariat, Karachi, 22nd December 1939 Fortnightly report for the First half of December 1939].

Khan Abdul Qayoom, M.L.A.(Central), has completed his enquires into the Sukkur riots on behalf of the Congress. It is apprehended that while not prepared to throw the whole blame on the Muslim League, he will join with the local Congress party in condemning Government and its officers. [Source No. P-25-h(s)/37, Home Department (Special), Sind Secretariat, Karachi, 18th January 1940 Fortnightly report for the First half of January 1940].

Dr. Muhammad Ashraf of the United Provinces visited Karachi and exchanged views with prominent local Congressmen. He emphasized that India had a golden opportunity and that it should not be lost. He praised sociafism and advocated a socialistic system for India and exhorted the Congressmen to take interest in labour movements and organize “kisan sabhas. A Satyagraha Camp was held from the 30th June to the July at Nawabshah, but created very little enthursiasm among the people the audience was prior Daily parades, flag salutations and spinning were the main feature of the camp. Dr. Popatlal A. Bhoopatkar has been elected President of the Karachi Satyagraha Committee, with Mr. Motiram Assandas as Secretary. A Volunteer Dal has been formed in Mirpurkhas, Thar Parker district. It is open to all castes and its object is to train young men for defending villages. Parades are held every evening.[Source Government of Sind Home Department (Special) No. P-25-H(S) 40. Sind Secretariat, Karachi, 22nd July1940. Fortnightly Report for the first half of July 1940].

Political attention is at present focussed on Moulana Abul Kalam Azad, the All-India Congress President. He arrived at Karachi on the 11th November and during his stay has met the Hon'ble Ministers, prominent Congressmen and other persons. No tangible results of his visit are yet apparent. [Source Government of Sind Home Department (Special) No. P-25-H(S)/40. Sind Secretariat, Karachi, 21th  November 1940. Fortnightly Report for the First half of November 1940].

Mrs. Rameshwari Nehru and Mr. A.V. Thakur Vice President and Secretary of the All-India Harijan Shevak Sangh, paid a visit to Mirpurkhas, Hyderabad and Karachi. At Mirpurkhas a Harijan Conference was held on the 3rd and 4th October, in which speeches advocating the uplift of Harijans, temperance and removal of untouchability were made. At Hyderabad three public meetings were held. At Karachi a Harijan Conference was held on the 8th and 9th October, attended by about 500 persons mostly caste Hindus. Mrs. Nehru stated that the Government of Sind have not done enough in the cause of Harijan uplift. She suggested that an officer should be appointed by the Government of Sind to work for the social and political uplift of Harijans.[Source Government of Sind Home Department (Special) No. P-25-H(S)/40. Sind Secretariat, Karachi, 19th  October 1940. Fortnightly Report for the First half of October 1940]. 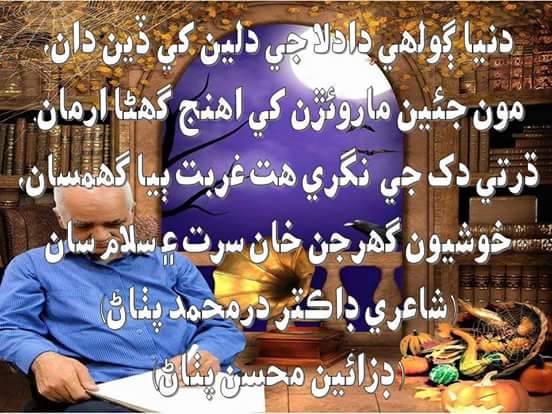 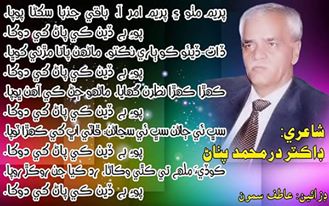 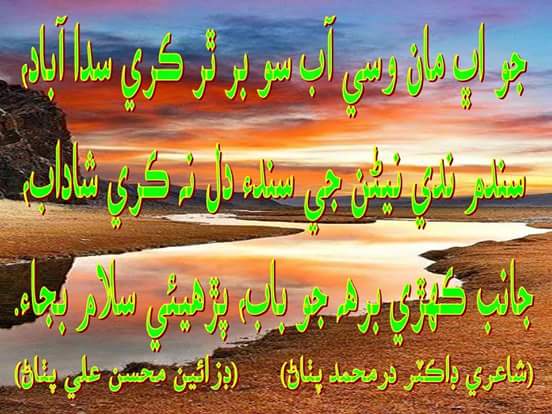