Mr. Bhurgri after thanking the Zamindars for responding to his call to this meeting with the object of forming a permanent Zamindar's Association said that during the last eight years he had entertained the belief that such an association was urgently needed. He had moved the matter at a Zamindar's meeting held during the last cold weather, the present meeting being the outcome of it. He went on to say: - There exist in Bengal and Madras such associations which have made themselves very useful. These associations not only voice the grievances of the landholders, but they are consulted by the local Govt. whenever any legislation is undertaken on matters concerning the land holders. These consultations are not merely formal but the suggestions and the objections of those associations on any matter concerning the Zamindars are given due attention. The associations there have weight with the Government and command the confidence of their members. Unfortunately no such associations exists in Sindh. As a result the Zamindars have never an opportunity of presenting their view on any given matter to the Government. As an instance the Hon. Mr. Bhurgri said that he had received private information that the Commissioner intended to revise the rules about the granting of (remission) mafi to Zamindars. This was a matter which very vilally concerned the Zamindars and they ought to be consulted such a state of affairs would not be possible were there an association of the Zamindars. The speaker continued: - Another important matter is the narrowing of water sluices by the P. W. D. The Begari canal was the first to be touched by the department. If seems that the Policy of Government is against encouraging the cultivation of paddy. Now rise is the stable food of the bulk of the Sindh people. Moreover, there are some lands on which it is impossible to grow anything but paddy and paddy always requires ample water. Next the committee for local boards has suggested that Zamindars should be charged 0-2-0 per rupee instead of 0.1.0 per rupee. On both these matters Zamindars must be consulted, for these and various other reasons it is obviously necessary that there should be a Zamindar's association. It may be that similar associations started in some districts have failed or are not quite up to the mark; those associations have been working with honorary assistants. If the associations paid their secretaries the work would go on more systematically. Further the Hon. Gentleman went on to Say that the Zamindars should be up and doing. They should be vigilant in safeguarding their interests. As long as they do not make the Government understand that they exist and that they must be heard, they would never be given an opportunity for stating their wants freely and openly to the Government. He then declared the matter open for debate.

At this point Mr. Wali Mohammed Hassanaly inquired from the president who was entitled to speak and vote on the subject. On a former occasion the president had ruled that Zamindars paying Rs.1,000 or over as assessment had the right of voting. Did he continue in the same opinion?

The president gave a ruling that any Zamindar might speak and vote on the subject.

Serai Shah Muhammed Lahore following thanked the president for being, so vigilant about the interests of Zamindars. He further said that Government never pays any attention to the cries of individuals. An association on the lines lay down by Mr. Bhurgri i.e. with a paid Secretary and paid clerks would be the most desirable one. Those were the only means for making it successful.

Mr. Shah Nawaz Pirzada B. A. suggested that each district should have a separate sub-association with a paid Secretary. Meeting at short intervals should be convened by those sub-associations and the Zamindars must make it & point to attend those meetings, Zamindars could collect together to meet the Collector whenever desired to do so. Why could they not make it convenient to attend, meetings in which matters so nearly concerning them were discussed?

Mr. Wali Muhammed Hassanally said that though Madras and Bengal had Zamindars Associations yet there was no necessity for one in Sindh. He said: - The conditions of Sindh are particular and quite district from any other part of India. Sindh is very backward in education. What Zamindar's Association has been able to do elsewhere, they would not have the power to do in Sindh. Reference has been made to other associations which failed. They failed not for lack of funds but for want of sincerity and enthusiasm. As an example the speaker cited the Tando Zamindar's Association started by the Hon. Mr. Bhurgri. There was no necessity for a 2amindaes Association. The best thing would be to revive the Sindh Muhammadan Association which was started some time ago but had lain, dormant since. If revived, it would quite satisfy the wants of the Zamindars. If enthusiastic and energetic men were kept as Secretaries it would be very useful, and moreover, the Muhammadans would cease to merit the centre of being lukewarm and of lacking enthusiasm so frequently leveled at them.

Mr. Abdul Rahman, Bar-at-law, who followed Said that he did not come with the intention of speaking but necessity compelled him to do so. A Zamindar's Association was absolutely necessary. Funds must be found for it. It was true that the Muhamaden Zamindars were immersed in debt and had decrees against them, but this also was true that whenever there was a photo of an officer to be taken they were ever ready to subscribe. If they could subscribe for such purpose as the above, why should they not find money for an association which would be for their benefit? It was regrettable that the Sindh Muhammadan Association, started by the late Mr. Hassanally, who had not been yet surpassed in service to and love for his committee, should be as good as dead, though the Muhammadan community had advanced somewhat in education since his days, but the Muhammadans were to blame for that. It was time that the Zamindars took their own affairs in their hands and brought their reasonable demands to the notice of the Government. Though the Koran and other scriptures contain piousinjunctions for peoples to pay their debts yet there were few who actually did so unless asked by their creditors. Similarly Government would not give until Zamindars ask for their just privileges; therefore an association should be started. To allow Hindu Zamindars to join there should be a Zamindar's Association.

Mr. Shumsuddin Bulbul suggested that as the association had been decided on it only remained to elect office-bearers to go about and work in each division.

The President, after briefly replying to Mr. Wali Muhammad Hassanally, put the following proposition to votes: - “That a Sindh Zamindar's Association is formed with a paid Secretary and a Clerk".

The proposition was passed unanimously,,

The president then asked the meeting to elect a president of the Association and also honorary Secretary possessing high educational qualifications and experience whose advice and help the president might avail himself of, whenever necessary; Secondly to nominate members from each district to form an executive committee; and thirdly to form a committee for drafting rules of the association.

Mr. Mathradas proposed that the Hon. Mr. Bhurgri be elected president of the Zamindar's Association, Serai Shah Mohammed Lahore seconded him. The Hon. Mr. Bhurgri was elected president. In reply the Hon. Gentleman said that he thanked them for conferring this honour upon him even though there were far more influential and consequential Zamindars in Sindh then he. He would have much desired to have been left alone, but he was told that any other man might find official pressure too strong to be borne and he being already in disrepute with the bureaucracy though it necessary to yield to the desire of his friends and accept this responsibility though only for a time.

Mr. Mathradaa Ramchand was then duly elected as the Hon. Secretary.

Next it was decided that a secretary should be engaged on Rs.100 per month and a clerk on Rs.15 to 20 per month. Many Zamindars promised handsome subscriptions on the spot. Also an executive committee was formed. 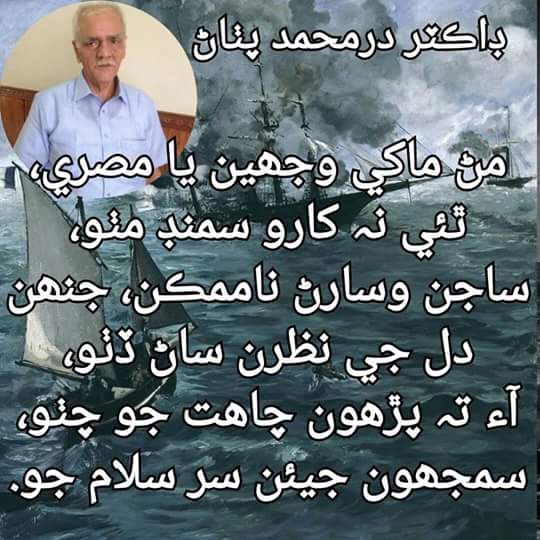 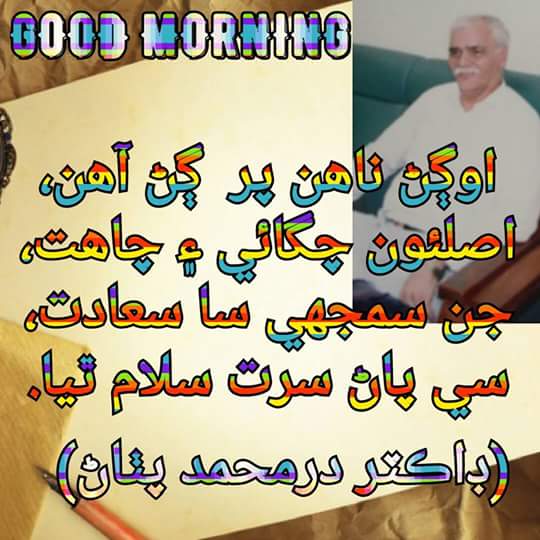